I want to serve as a Junior Counselor next summer because I feel that I would be able to contribute a lot to the program. I would be able to bring energy each and every day of camp, as well as relate to campers on a personal level just as the JC’s did when I attended RYLA this past summer.

RYLA has impacted the way I live my everyday life. I have been able to use leadership skills that I learned for various activities including but not limited to, FFA, Band, Choir, and Girl Scouts. After I left camp, I felt as though I was leaving a piece of me in Halsey with all of the new people that I met. I never thought I would be able to change in the time I was there. It resulted in me changing for the better. All of the people I became close with, I still talk to on a daily basis, and I miss them because they made such an impact on me. I learned that people are going through so many things that they don’t want to show and that made me more aware in my everyday life.

I feel that I will be able to contribute my positive personality. I am able to communicate with ease to a person of any age, which has been very helpful throughout my entire life. When I attended RYLA this past summer, I felt as though I was always bringing positivity to all of my groups I was involved in. I want to be able to help and change lives for the better and I know I can do that as a Junior Counselor. I would be able to grow as a person because I would be in charge of a group of younger students for the entire week we are there. My skill set would develop even further, as I would be taking on that leadership role. 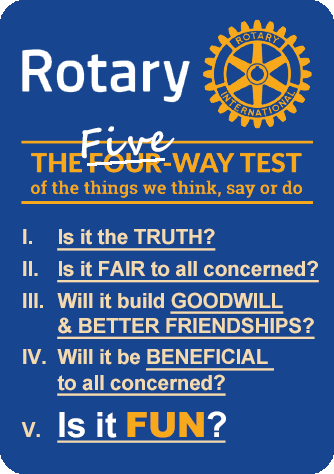